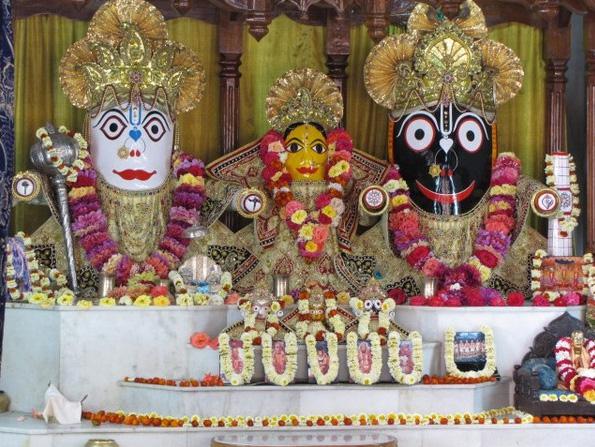 The most awaited festival of Rath Yatra or Car Festival Puri commences on the 18th July, Saturday and Return Car Festival or' Bahuda Jatra' falls on 26th July this year. Also known as Chariot Festival or Car festival, this is one of the most awaited Hindu festivals of the state as well as the country. The celebration of this day starts much earlier that comprises the construction and decoration of the Raths or Chariot by numerous devotees & volunteers. The three chariots that are the highlights of the entire Yatra are pulled by strings. The chariot of Lord Jagannath which is 45.6 feet high, high comprises 18 wheels and is referred as Nandighosa. Balabhadra’s chariot is made 45 feet high with 16 wheels is called Taladhvaja. The chariot of Subhadra known as Devadalana has 14 wheels and is 44.6 feet high. All these chariots are decorated with various designs and colors by the artists of Puri that showcases their enthusiasm for the Yatra.
The famous festival that is celebrated usually in the month of June or July commences when the chariots of Lord Jagannath accompanied by his elder brother Balabhadra and sister Devi Subhadra are brought out on to the Main Street of Puri known as Bada Danda. The Chariots are then taken to the Shri Gundicha Temple to their aunt’s house where the deities enjoy a nine days stay and are served with sweet pancakes. 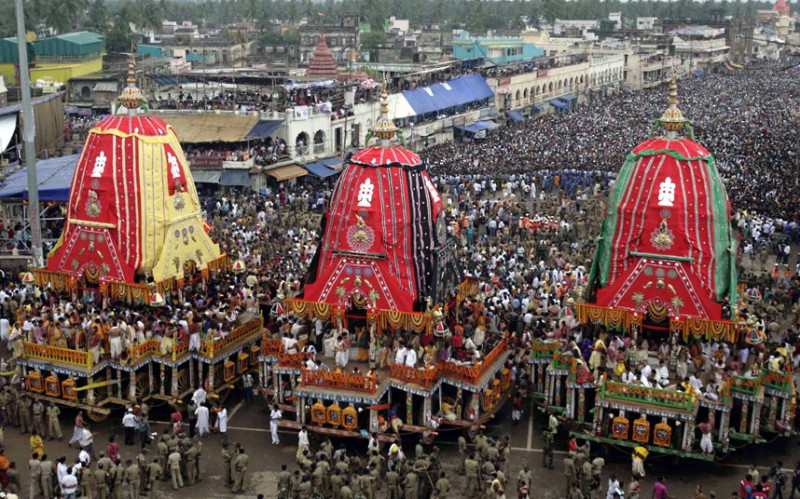 Chhera pahara is the most famous ritual associated with the Jagannath Puri Rath Yatra 2015. During the festival, the Gajapati King sweeps all around the deities and chariots. He then cleanses the road with a broom (gold-handled) and sprinkles sandalwood water and powder. The custom showcases that in the eyes of Lord Jagannath every devotee is equal be it the king or a commoner. This ritual is held on two days, firstly on the Rath Yatra Puri when the three deities goes to their aunt’s house and lastly on the day when they are ceremoniously brought back to the Puri Temple.
At the Gundicha Temple, the deities stay for a period of nine days and enjoy their vacations at their aunt’s house and have fun all the while. On their way back to the Temple, the deities are offered Poda Pitha when their chariots halt at the Mausi Maa Temple. This sweet is a kind of baked cake that is meant to be consumed by the poor sections only. The celebration and observation of the Puri Rath Yatra Festival date back to the period of the Puranas and the descriptions of the same can be found in Brahma Purana, Padma Purana, and Skanda Purana and Kapila Samhita.
The Rath Yatra at Puri is a significant event in the entire state that is witnessed by numerous tourists both foreigners and Indians. During the Rath Yatra, Puri is colored in the most vivid hues of sheer joy & enjoyment and is flocked with devotees who wish to pay their honor to the deities and seek their blessings. 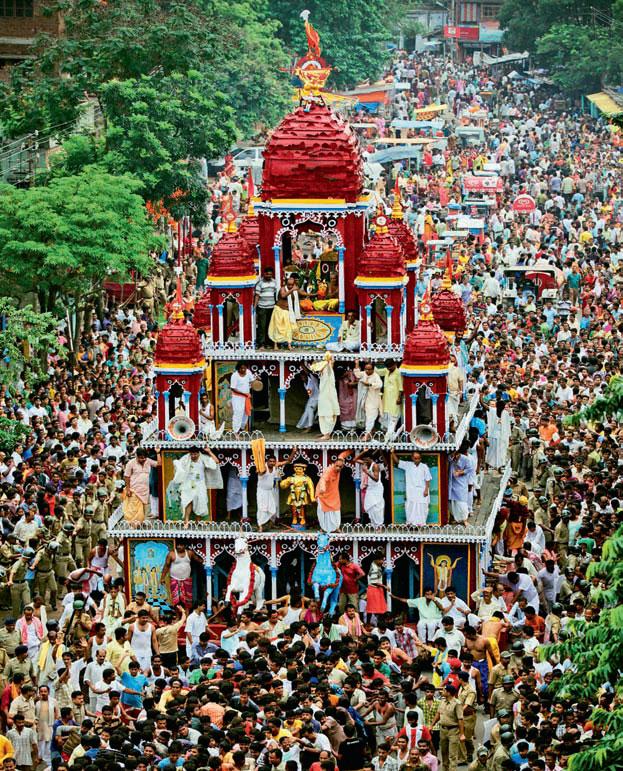