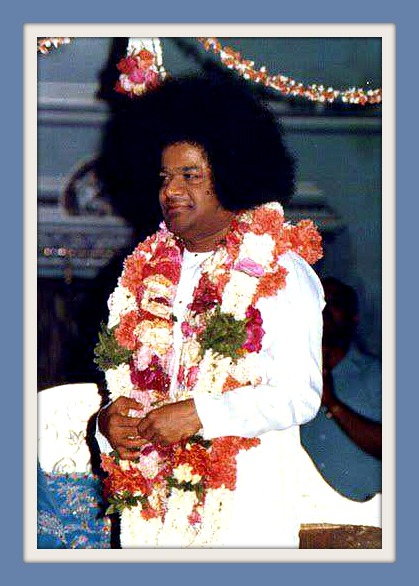 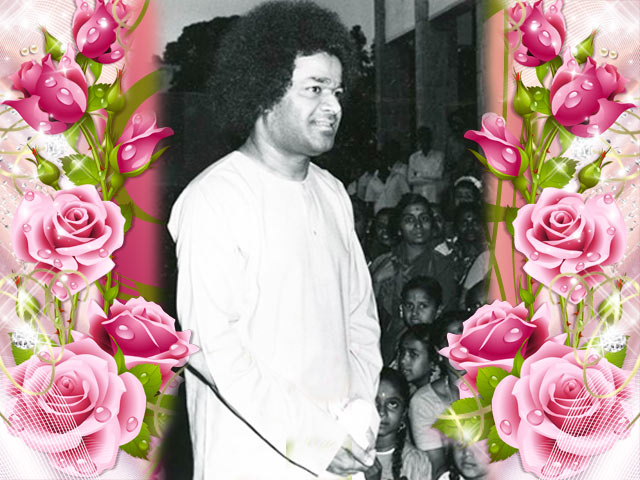 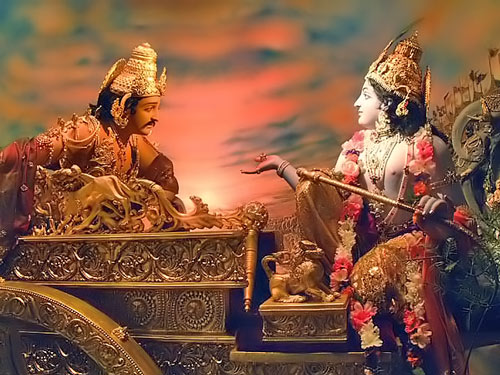 Whether it is a scholar well versed in all the Sastras, the Puranas and the Vedanta, or a king living in splendid mansions, or a world-renowned hero who vanquishes his foes on the battlefield, or for that matter, a person who has received plenty from the Goddess of Poverty and thereby languishes in penury, he will be of no use at all if he is not endowed with devotion. A servant having devotion to God is more worthy of salutation than a ruler of the world who is devoid of love for God. O good and gentle people in the assembly, what else can I tell you than the truth stated above?

The Upanishads are the essence of the Vedas which are ahuman (Apaurusheya), imperishable and infinite. The Upanishads offer eternal truths which ennoble and elevate the mind. The Mahabharatha illustrates the spirit of the Upanishads in the form of a narrative. The Bhagavad Gita offers the quintessence of the Mahabharatha. The Upanishads taught the people of the world in several ways to speak the truth and follow the path of righteousness. Those who regard the Gita as the basis and the goal of life, attain the sacredness of the Divinity. The Gita declares that the spirit of Krishna envelopes and resides in all that we see in this world. This is the significance of the Viswavirata Swarupa of the Lord. To behold this universal manifestation, men with divine vision have made a conscious endeavour prompted by faith through the four paths of devotion, action, wisdom and yoga.

The word “devotion” is synonymous with “spirituality”. Spiritual life should not be regarded as living in isolation. Spiritual life enjoins one that he be free from attachment and hatred and look upon all mankind with an integrated vision. Action or work relates to the world. The world, in turn, is related to God. So, Krishna propounded that all actions must be performed with the intention of pleasing God. This type of action is a characteristic feature of a sthithaprajna, or a person who has mental equipoise. A sthithaprajna performs his actions, firmly established in the Atma.

Krishna explained to Arjuna that a sthithaprajna has an even mind which is neither elated by joy nor dejected by sorrow. The sthithaprajna dwells always in the Spirit without giving way to grief, lust, fear and delusion. His vision beholds the Spirit everywhere. Krishna pointed out that Arjuna would be able to realise his true nature only when he became a sthithaprajna.

The primary quality of a sthithaprajna is the control of the senses. It is not easy to repress the senses or assume mastery over them. So, Arjuna said, “Oh, Krishna! It is almost impossible to keep the senses under control. The mind, too, which is fickle, dangerous, and vile cannot be easily controlled.” To this, Krishna replied, “There is nothing easier than the control of the senses. To those who do not know the subtle process, it appears very difficult to control the mind. Those who become enslaved by worldly desires since childhood and those who cultivate external vision will not be able to control their senses and mind. The world created by the senses goes on changing its external aspect. The greatest weakness of man proceeds from his dependence on this ephemeral and evanescent world which goes on changing like passing clouds. Though aware of its transitory character, man believes in the world. If you once look at the changing world and realise its transience, it will be easy to gain control over your senses. Though the permanent and real Atmic Principle is very close to him, man is unable to recognise it. Truth is unpalatable and falsehood, delightful to the people. People are attracted to the tavern, though it may be situated far away, to enjoy intoxicants which are injurious to the body and the mind. They do not accept milk, curds and cream which are very delicious and nourishing, even if they are supplied at the doorstep. From his childhood, man develops attachments and desires, thereby exposing himself to many unnecessary troubles and suffering.

There is a little story. Once, Dakshinamurthi set out on a journey around the world. One day, standing on a beach, he was listening in rapt attention to the Pranava-like roaring of the waves of the sea. Then, swept by the breeze, two pieces of straw fell into the sea. Wave after wave rose up and pushed the straw ashore. In the meantime, some withered leaves also fell into the sea. At once, they, too, were pushed to the shore by the rising waves. Dakshinamurthi’s vision was not merely external. He could grasp the inner significance of events. Seeing the waves push away everything, he said to himself, “Oh! the waves have taught me a good lesson today”, and he regarded the sea as one among his twenty-four preceptors.

What is the significant lesson taught by the sea? The sea does not permit even one piece of straw to get into its water, because such pieces may ultimately contaminate its form if they are permitted to accumulate. Though the ocean is vast and mighty, it did not permit even a speck of impurity to contaminate its nature. Although man is frail and small, he allows impurities to contaminate the lake of his heart. The lake of the mind must be the happy resort of the swans of Soham Thathwa playing happily. Man becomes a victim of ignorance, darkness and lust if he gives unrestricted freedom to his senses. So, Krishna made it clear from the beginning that controlling the senses is essential for a sthithaprajna.

Prahlada harped upon the same truth in his arguments with his father. Prahlada addressed his father and said, “Oh, father! You were able to gain victory over all the worlds in a moment; but, you are not able to conquer the world of your senses and your mind. Although you are valiant and mighty, you are not able to conquer forces which stifle your humanness, increase your bestiality and make you drift away from divinity. It will be of no use if you conquer earthly empires without vanquishing the enemies lurking within. Evil qualities which conceal your true nature and destroy your purity are abounding within you. Keeping them like that, it is of no use to offer prayers and acquire powers.”

Control of the senses is absolutely essential for every individual. Look at this paper. It is now in its normal form. If it is rolled up and kept for sometime in that state, it cannot regain its original form. When we want to bring it to its original and natural state, we must roll it in the reverse direction. So from our boyhood, knowingly or unknowingly, we roll our mind with the pull of sensory and worldly desires. If we roll it up in the reverse direction, in the direction of the Atma, it will regain its original form. So, we shall be able to gain control over the senses when we turn the vision inward since it had been all along focused on external phenomena. Letting bygones be bygones, we should put in the necessary effort to restore the sacred nature of our mind by cultivating the inward vision. Whatever work we undertake, whatever thoughts we entertain, whatever scenes we may visualise, we must make an endeavour from today to turn them Godward.
Of the eighteen chapters of the Gita, Sankhya Yoga is very important. Mahatma Gandhi used to read Sankhya Yoga twice or thrice whenever his mind was restless and perturbed. It restored the peace of his mind. Sankhya Yoga is the life of the Gita. The name is derived from the enquiry of Sankhya in the chapter. Sankhya Yoga revealed the features of a sthithaprajna to Arjuna and chased away his delusions.

Arjuna had a very sensitive mind. If he listened to any sentence, he at once translated it into action. He was a person who was an adept at the practice of the spiritual precepts. Because He could secure such a holy disciple in him, Lord Krishna, as the guru, conveyed to the world the sacred essence of the Gita. Our lives shall become blessed when we develop faith in God, reverence for His words and the resolution to implement in our daily lives His sacred teachings. It is necessary for the students to shed the ideas and ideologies which they have harboured so far in their minds. It is necessary in this sacred place to abandon and abjure all those accumulated ideas.

If the brain is empty, it is possible to fill it with something. If the brain is already stuffed with several things, where is the scope for such filling? Unless the brain is kept clean, it is not possible to fill it with sacred things. “Oh mind, the rogue! Having indulged in evil thoughts, having played several games, having put on deceptive disguises in this momentary existence, what have you achieved in this transitory life?” students should ask themselves.

We declare that the world is full of injustice, disorder, unrighteousness, falsehood and evil practices; but what have we done to set it right? Men weep at the time of birth. They weep at the time of death. During the interregnum, they weep over this and that. Do they weep when they see the decline of righteousness? Have they cried to revive it and resuscitate it? For what have they cried? Has it been for the sake of mere crying? When we take the pledge to revive the declining Dharma, when we strictly adhere to the commands of God, when we strive to implement the ideal of universal love, then only may we feel that this human birth is justified and fulfilled. It is essential that students must realise this and mould their lives accordingly.

You are really fortunate to have secured this coveted opportunity. It is My hope that you comprehend the significance of this message, this path and this divinity, and thereby make your lives blessed and set a shining example to the world. 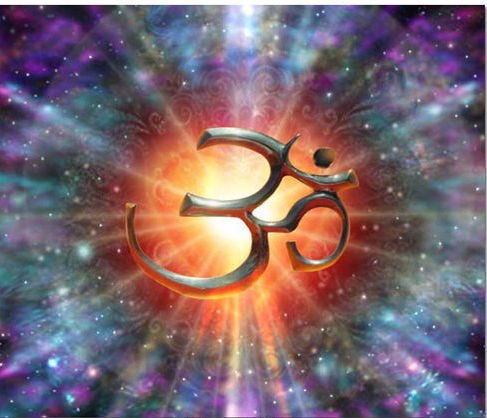 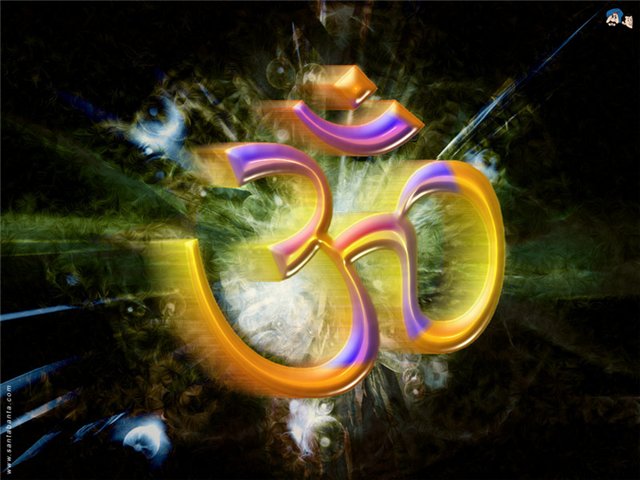